This is not exactly "new" news but the article is a nice summary of what has happened recently at the Palazzo Vecchio in the hunt for the lost Da Vinci, including details like this:

The researchers had hoped to conclude their search by evoking a ghostly image of Leonardo's work using ionized radiation to determine precisely which pigments existed on the hidden stone wall. But building a neutron activation device proved beyond the budget of National Geographic, which has already invested hundreds of thousands of dollars in the project, and private fundraising fell short. After the meltdown of the Fukushima Daichi reactor in Japan, the notion of using radiation to find a lost painting in the middle of Florence became politically untenable. 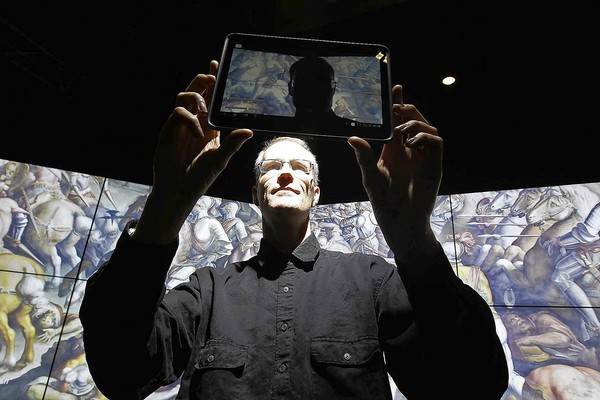 Image copyright and courtesy of the LA Times