In a town with so much history, you can overlook some dates - but yesterday was an important one: Savonarola's death by burning in Piazza Signoria in 1498 (along with two of his Dominican brothers). The Florentines always had a love/hate relationship with this mad monk from Ferrara - they burned him to death, yet they memorialize his memory with the plaque below in Piazza Signoria, and with his own square outside the viale that is home to a larger than life marble statue. According to what legends or historians you choose to believe, the dying Lorenzo Il Magnifico even had him called to his bedside before dying. Sorry for the cell phone pic - flowers laid on his memorial stone in Piazza Signoria this year: 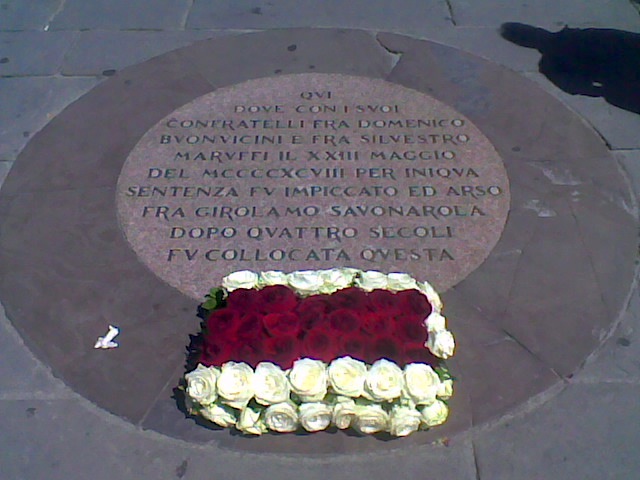