Just want to post a quick round up of some news and events coming up and things heard on the street:

1. The Grand Hotel in Piazza Ognissanti is closed for renovations, and will re-open May 1, 2011 (if on schedule) as The St. Regis Florence with half the number of rooms. Can anyone say "crisis"? Or are they going higher end and making the rooms larger?

2. The annual Florence Wine Event that usually takes place in September is scheduled for November this year - 19, 20, 21 (mainly in Piazza Pitti).

3. With that being said, I wonder what the plan was in moving this event so far back in the year? It could be cold and rainy by then, which doesn't sound like great outdoor wine tasting weather. We have had a couple of very cold mornings and some rain already, and starting tomorrow the forecast looks like rain all week.

4. Last year there was a rumor that the Hard Rock Cafe was coming to Florence, in the Loggia del Grano behind the Uffizi. That building has since been taken over by government offices, but there have been official reports of the Hard Rock opening just off of Piazza Repubblica, in an empty theater space. Count me as not looking forward to it!

5. Another new panino place will be opening on Via dei Neri, near the Via dei Leoni end of the street (what was the Cipriani furniture shop if I have my facts straight). The opening of cheap food, pizza, and food/mini markets everywhere continues, while more and more small retail shops close.

To end, a recent photo from one of our favorite places to have an espresso, Cafe Perseo: 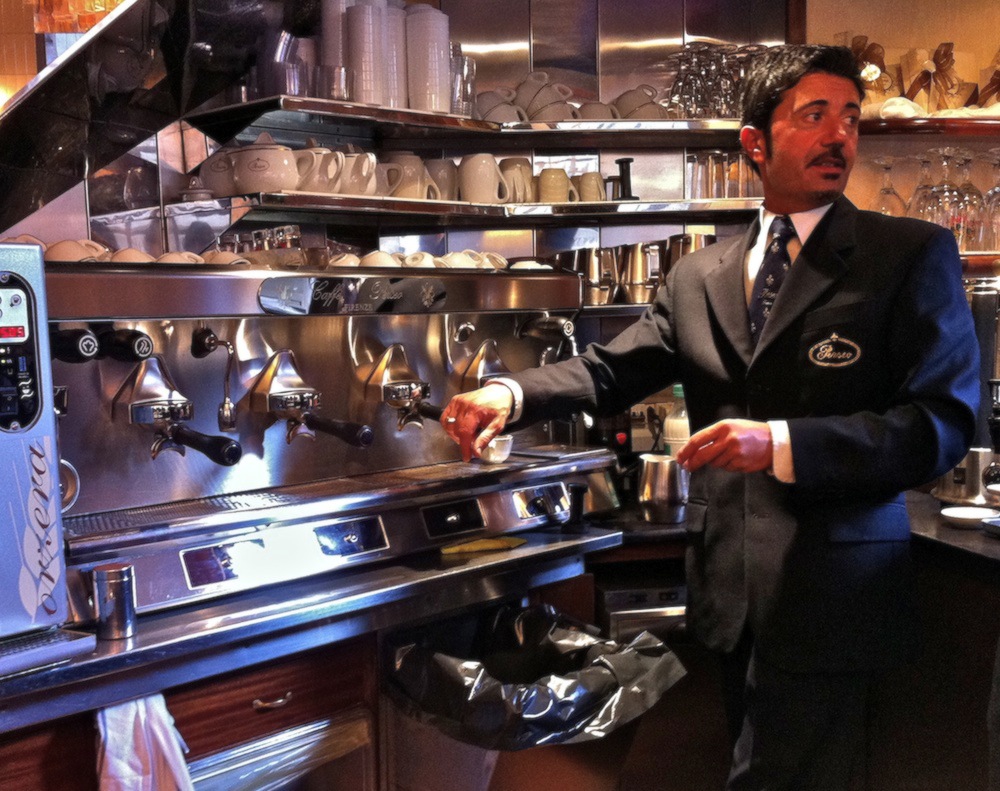