Berlusconi Gets Slapped by Italy’s Voters


This says a lot:

“I followed the run-up and the projections on Twitter and it was fascinating to see how that changed my perspective,” said Costanza Maddama, 26, an interpreter from Rome who said she voted to overturn the laws. “Politics in Italy is no longer just on TV, and this might not be good for Berlusconi. He based his consensus on that.”

And also here in Florence there was a palpable and festive mood to vote these things down - concerts, street demonstrations of the most peaceful and festive manner. It was really very civilized. Below is a picture of a demonstration on Friday night from Piazza San Pier Maggiore: 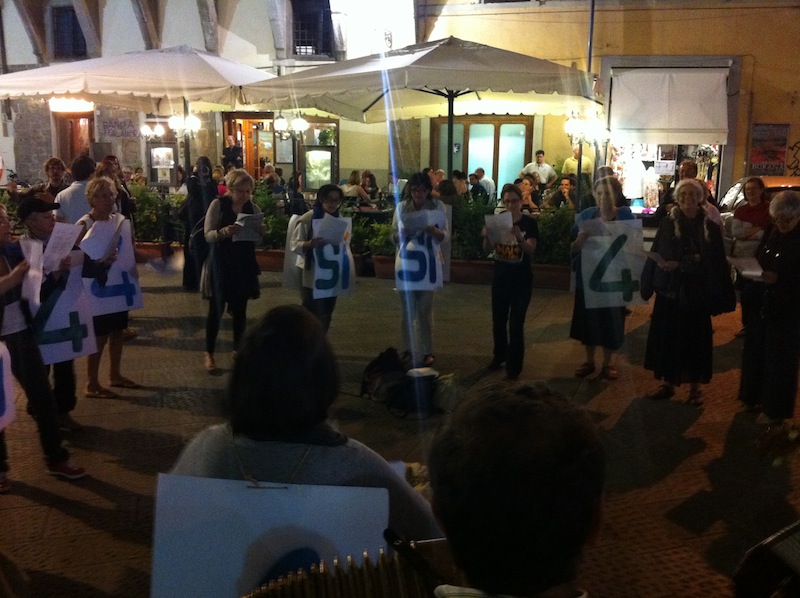