Just how bad was the snow?


It was pretty bad - and this city is obviously (and rightly) not really equipped for it, since it is so rare. So when it really started to come down, lots of people just abandoned their cars. Those who had chains for their tires put them on. But there was no plowing, salting, etc. (not in the center anyway), and the bridges especially became almost un-passable very quickly. 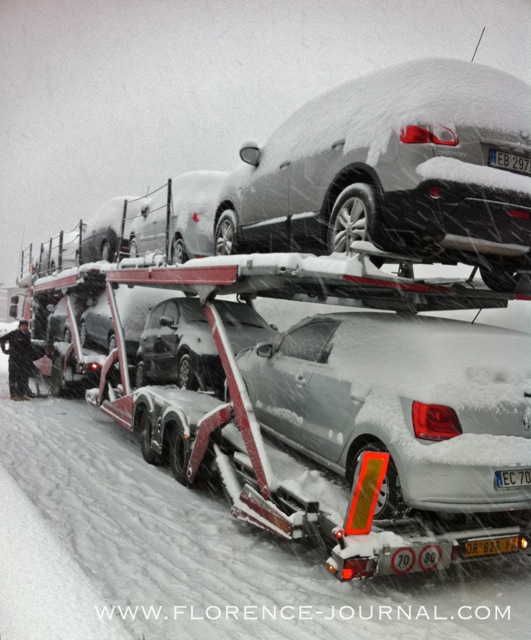 This is a car carrier on the Ponte Amerigo Vespucci. It was stuck for quite a time as the driver went about putting chains on the tires and the traffic just piled up behind it. 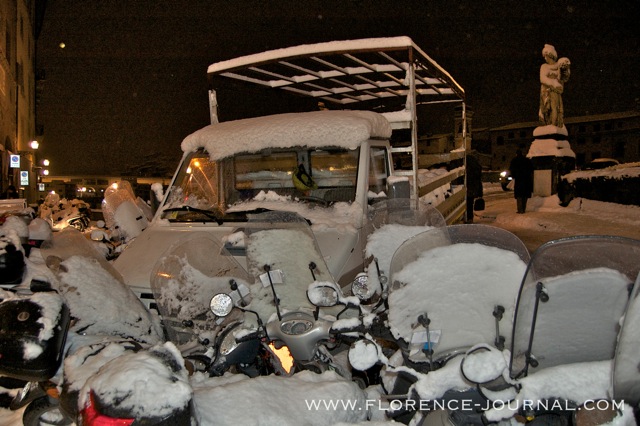 This flatbed came off the Ponte Santa Trinita (why he was even driving around the center at this point seems insane) and just slowly slid across the intersection right into a whole row of motorinos. A real disaster. The next morning the truck and all the crunched bikes were still there. 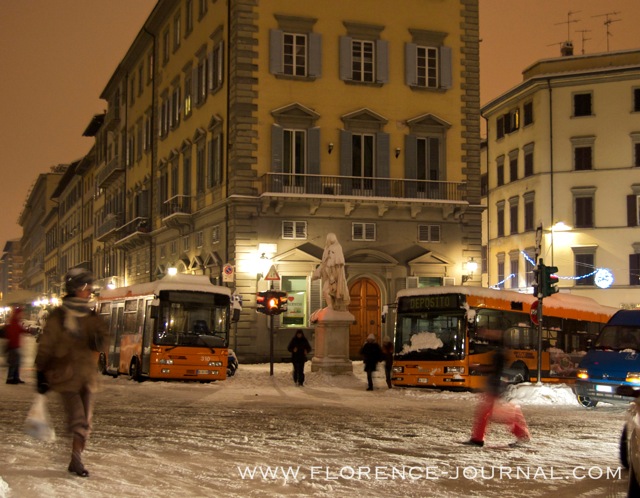 And here is a couple of ATAF buses abandoned near the Ponte Alla Carraia. There were buses left all over town, both small and large.