There is a stunning new show up at the Bargello, "I grandi bronzi del Battistero" of the renaissance sculptor Vincenzo Danti. The centerpiece is the trio of statues depicting the beheading of John the Baptist that were formerly displayed outside the Baptistry here in Florence. Alice (the 7 year old) and I popped in yesterday after school and were thrilled by these works, including the several by Michelangelo that are included as context to Danti's sculptures. The exhibit is running now until September 7th - I highly recommend it. 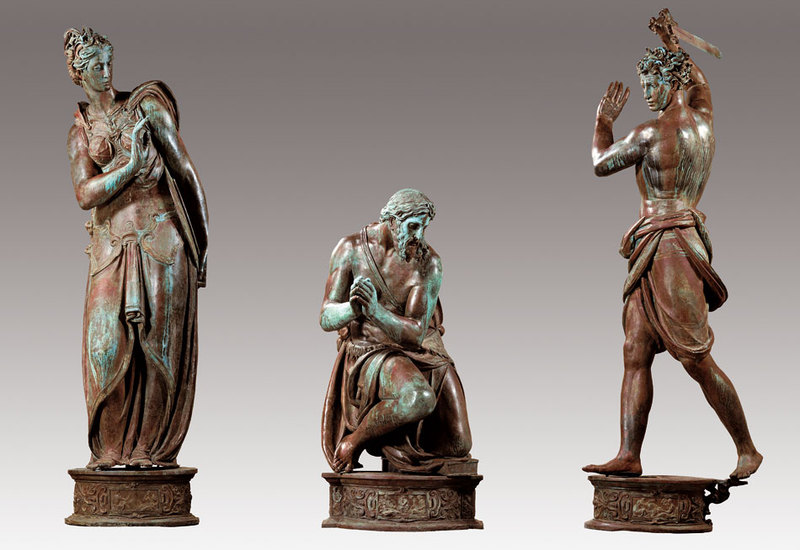