Burger King in Florence, and other "news"


It seems that every summer we get back to Florence something else American has wormed its way into the Renaissance heart of this town. Someone tried a Ben & Jerry's a few years ago (that has since gone out of business), and this year the newest edition is a Burger King - right across the street from Firenze SMN and in the spot that once was the Lazzi bus terminal (terminal is a word used loosely here as most bus depots seem to be store fronts where the buses can pull up outside).

Unfortunately today it was packed at lunch time - so perhaps they will make it like McDonalds has on the opposite corner of the same block. Too bad for Florence in my opinion. 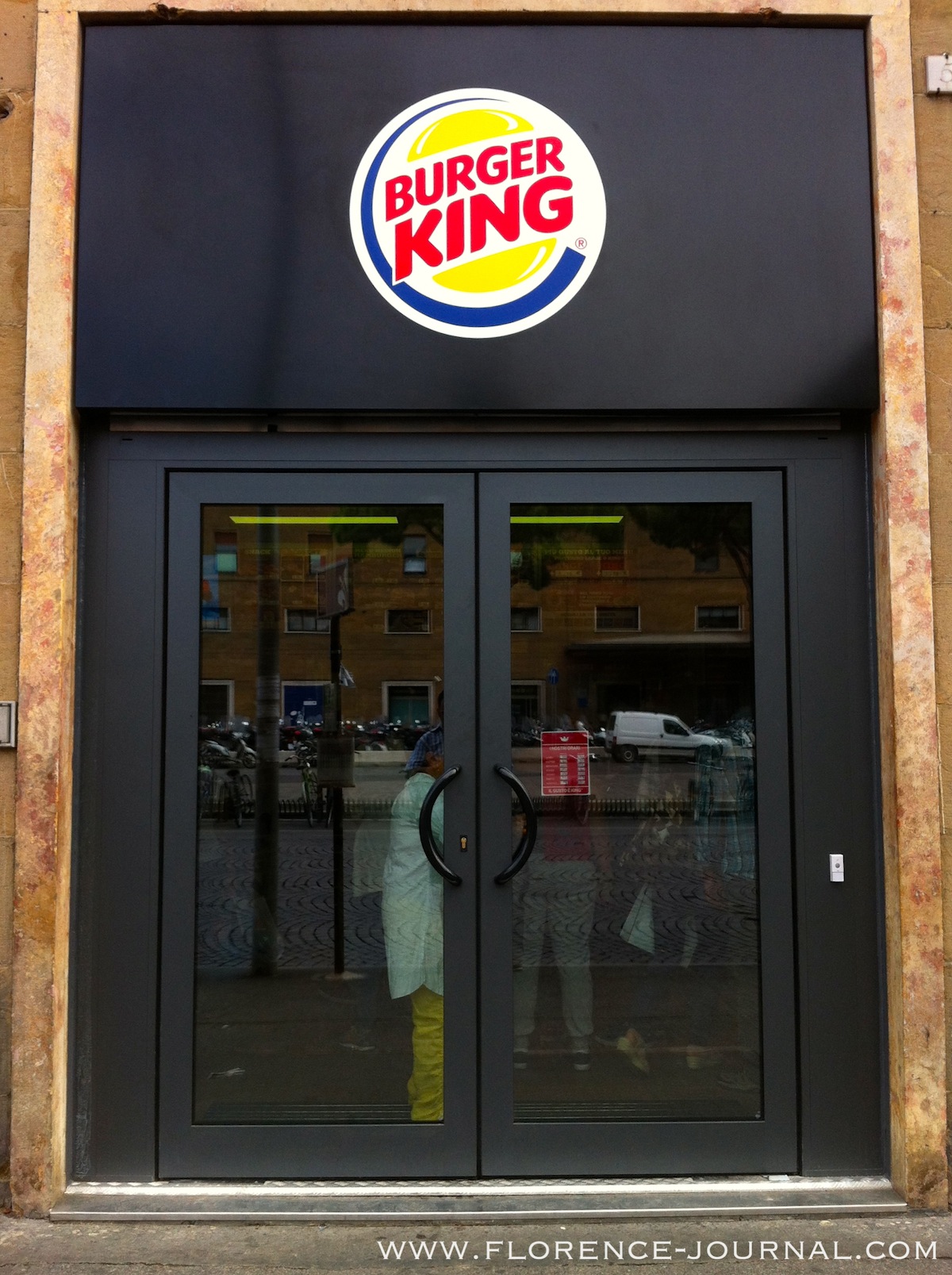 I think (but have not yet confirmed) that the Lazzi buses may be working from the SITA terminal now - but I have to verify that.

Some other notes from my first walk around town: there is new, wider and smoother sidewalk on Via Tornabuoni from the Palazzo Strozzi corner down to Piazza Santa Trinita, and it looks like the street will be eventually repaved also (it is under construction now but looking much closer to being done than it was in the spring). There is a Nespresso store (seriously - a whole store?) where the music/media store Ricordi used to be on via Via Dè Brunelleschi near Piazza Repubblica. And there is a new glass shop, Mario Luca Giusti, in what used to be a bar at the beginning of Via della Vigna Nuova, near the Piazza Goldoni end: 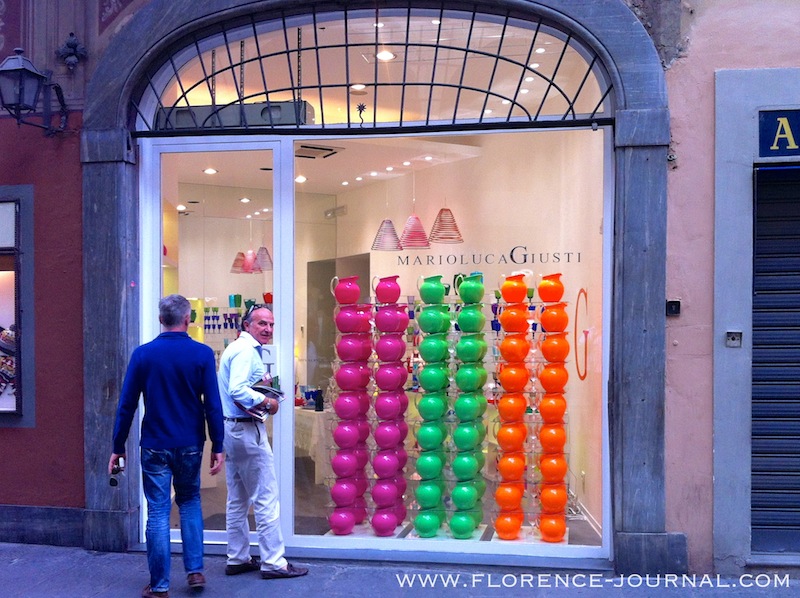 I believe I got lucky with this photo and that may be Mario Luca himself.

So a few new things, a few old things gone, and lots of empty storefronts still. It seems that the ongoing crisis continues to make it harder and harder for smaller family owned businesses to hang on, and is giving the corporations and multinationals the chance they need to grab a foothold. Soon every city in the world will be nearly the same...