Last weekend Bruce Springsteen was in town, and this weekend it is Madonna's turn. She plays tonight in the stadium, but I knew something was up earlier when we left for the center to run errands. The crowd in Piazza Ognissanti - broiling in the Tuscan sun - didn't make any sense until we realized who was probably inside the hotel. Yes, Madonna is staying at the St. Regis: 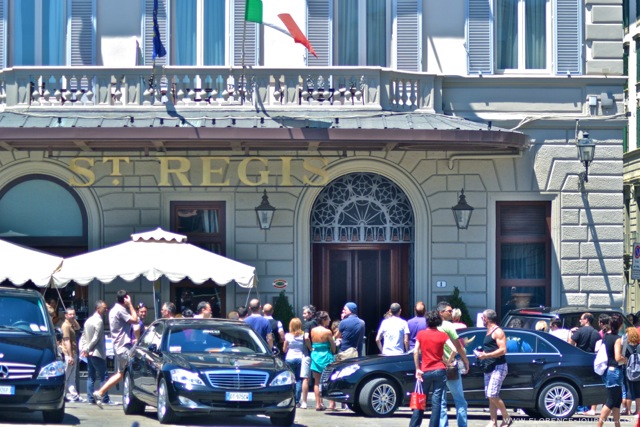 Later we ran into an even bigger mob, this one in front of LUISAVIAROMA, where Madonna has just entered the closed to the public store for some pre-concert shopping. (UPDATE: a friend who works in the store says Madonna was NEVER THERE! Too funny) - People were literally running down the street to try to catch a glimpse of her - here is a fan on the shoulders of someone trying to get a photo: 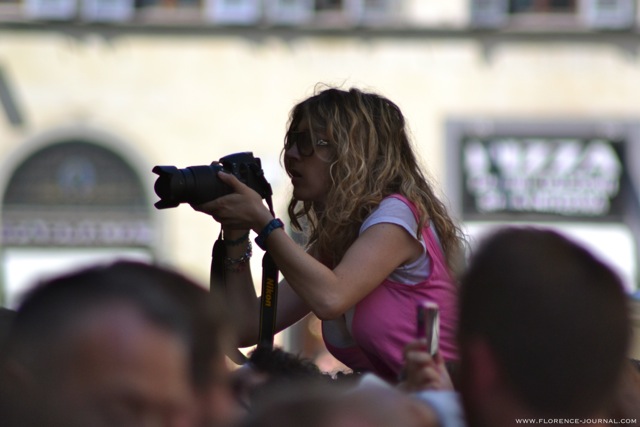 The concert poster that was around Florence: